It is dedicated to the memory of Bangabandhu Sheikh Mujibur Rahman, the architect of independence, in the essay Gazi Azizur Rahman’s ‘Bangabandhu’s Travel Footprints’ and poet-filmmaker Dildar Hossain’s ‘Bangabandhu’s Journey to Japan’. In it, the book introduction of Bangabandhu’s travelogue book ‘Amar Dekha Nayachin’ has been published. On the cover of the issue, there is an abstract index work of Bangabandhu by artist TA Kamal Kabir. It has been informed that this impeccable number can be collected from the travel prose stall of Little Magazine premises of Book Fair 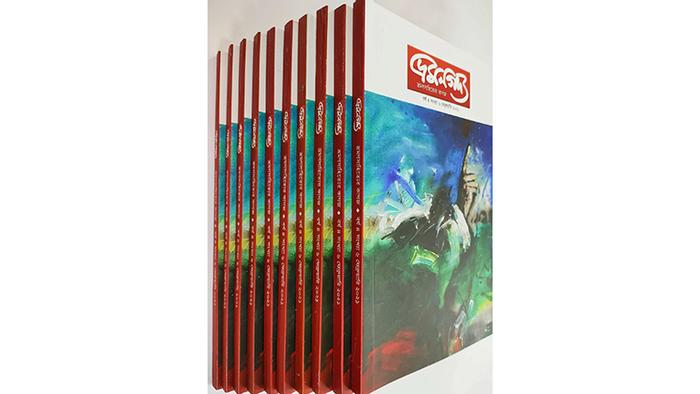 On the morning of the golden jubilee of independence, the publication of this issue along with the essay dedicated to the architect of independence Bangabandhu Sheikh Mujibur Rahman was of special importance. The speakers said that the travel prose showed that the golden jubilee of independence and deep respect can be paid to Bangabandhu even by focusing on travel. Speaking on the occasion were tour operator and travel reader Syed Zafar, traveler and researcher Mahua Rauf, Japanese expatriate traveler and businessman Sheikh Emdad, young generation traveler Miftahul Jannati Snigdha and others.