When the first book was published in 2015, he was a first-class student. More than 120 stories have been published in the books published so far. The subject matter, language and sentence structure of the story are constantly changing. His feeling is improving. Now he is writing big stories along with short stories. Corona has written a whole seven teenage detective novels. Sometimes he also writes poems. Writing and reading are now his hobbies, hobbies, entertainment – everything. In addition to regular schooling, all this is going on in balance.

This time ‘Gourmet Fox’ has been published. There are six stories in the book Gourmet Fox. Cover by Shahrin Ahmed Irina. Elena, a first-year student, drew the pictures with her mind. Taushif Chowdhury has decorated the inside of the book with Irina. Decorated with beautiful pictures. The price of the whole four-color 24-page book is 135 rupees. Published by Grasshopper Publishing. Children will be interested in reading stories written in beautiful simple language. It would be good for adults to read too. The events of daily life are told in stories.

Two books were published last year. Black Horse from Panjeri Publishing. And the roar of the tiger from the grasshopper. Each story has a different mood. Different kind but funny. The price of this whole four-color book is 135 rupees. 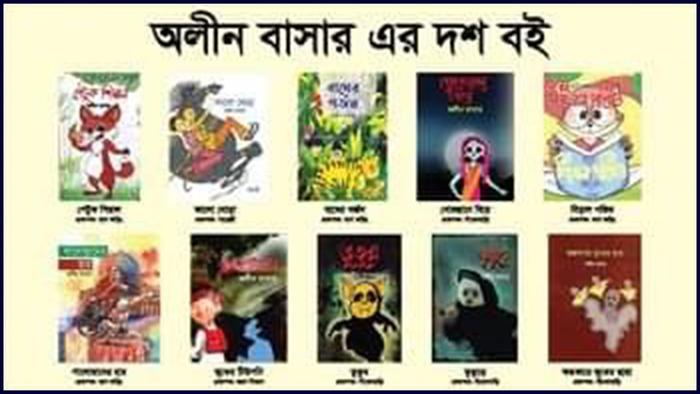 Alin Basar Ideal School and College, Motijheel is a seventh grade student. Born on 22 May 2006 in Palashpole, Satkhira. Reading and writing has been one of his activities since childhood. Not behind in the game.

As soon as he heard the story, he started writing his story. There is no laziness in writing. Dakshinaranjan Mitra Majumdar’s grandma’s bag, grandpa’s bag, finished reading at that young age. Sukumar Roy, Satyajit Ray etc.