Siam-puja 200 feet above sea level: How many actors have to do nothing to entertain the audience! Occasionally, however, risky shots are attempted through stuntmen. However, the popular couple of the time Siam Ahmed-Puja Cheri does not believe in artificiality. To the amazement of the audience, they recently took part in the song scene while standing 200 feet above sea level on the stairs of the ship.

Siam-puja took such a big risk to capture the song scene of the awaited release movie ‘Shan’ directed by M Rahim. The director said, ‘The filming was arranged on the Bay-One, a pleasure boat from Chittagong to St. Martin. We were working according to our plan. Suddenly the ghosts hit the head of Siam-puja, they will stand 200 feet high and give a shot. But neither I, nor our producer, nor the choreographer supported the decision. Because the issue was deadly risky. A small mistake can be a big danger. But Siam-puja did not listen to any of us. They just climbed the stairs to the top of the ship. ‘

According to India’s popular choreographer Jayesh Pradhan, no other actor in the subcontinent has given such a shot before. When Jharna Roy, the mother of actress Pooja Cheri, came after the scene and found out that her daughter had given such an adventurous shot, she almost lost consciousness. 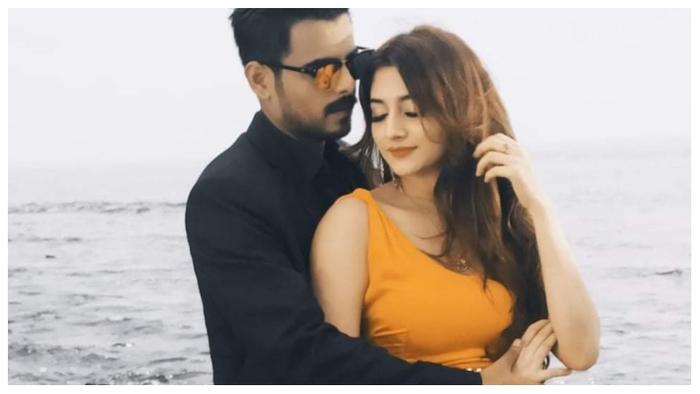 The title of the song in the movie ‘Shan’ captured on Saiful Shaheen’s camera is ‘I will adapt to you’. Written by A Mizan, the song is sung by Kona and Imran Mahmudul to the tune and music of Ahmed Humayun.

Azad Khan, the producer of the film, has written the story of the film ‘Shan’, which is being produced by Filman Entertainment. The screenplay and dialogues were co-written by Azad Khan and Nazim Ud Daula.

Apart from Siam-Puja, Taskin Rahman, Syed Hasan Imam, Champa, Aruna Biswas and others have also acted in the film.

Director M Rahim said, ‘Shan’ will be released on the coming Eid. To that end, the teaser of the film will be released on the YouTube channel and Facebook page of Filman Entertainment on April 3 at 8:30 pm on Bangladesh Film Day. The teaser will also be available on distributor Jazz Multimedia’s YouTube channel and Facebook page.

Mithila’s debut on the big screen, with Silent